Stroke Care Center at Gates Vascular Institute
What is a Stroke 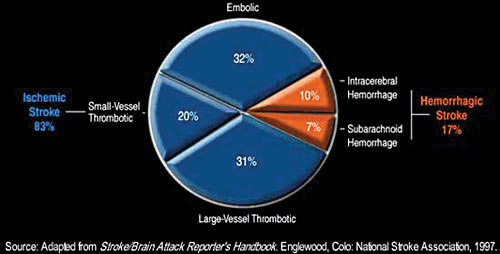 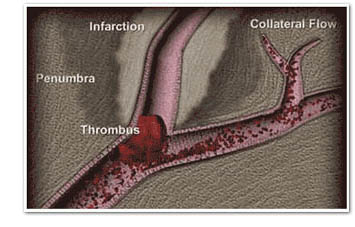 In general, blood clots, whether a “thrombus” or “embolus,” are formed when fatty substances form cholesterol deposits in the lining of blood vessel walls. This condition is called atherosclerosis. Ischemic stroke caused by an embolus is more common than that caused by a thrombus.

An aneurysm is a weak or thin spot on a blood vessel wall. These weak spots may be present at birth or may be the result of atherosclerosis. Aneurysms develop over many years and usually do not cause problems until they rupture.

There are two types of hemorrhagic strokes:

A TIA occurs when blood flow to certain parts of the brain are cut off for a short period of time. Symptoms usually last less than one hour but not more than 24 hours. TIAs should be treated seriously, as they are warning signs that a stroke may follow.